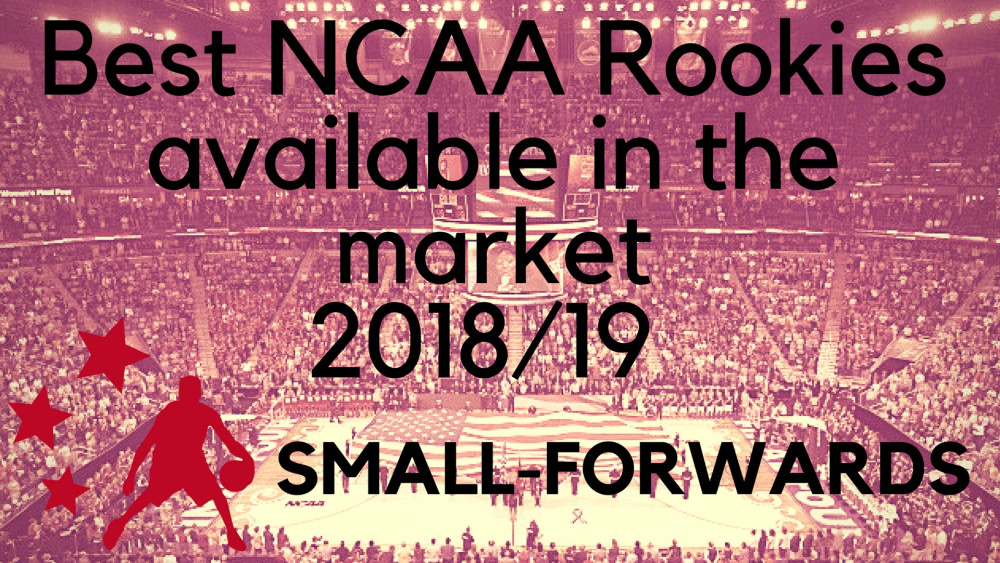 In the first articles of this series, we introduced you the best Point-Guards and the best Shooting-Guards, so now it's time to have a look into the best Small-Forwards (SFs)  that just finished NCAA and are available in the market.

There are some SFs that already signed their first pro contract. Some of them in Europe:

But still a lot of interesting NCAA Division I SFs rookies non-drafted in the market. These are the Basketball Player Media Top 5 Small-Forward selection:

This player is out of the hype of the big names but he was already highlighting when he was at high school in Wisconsin.  He ended up in North Dakota St Bison where he struggled as a freshman but the following three seasons he played awesome. Great shooter after dribbling (great step-back), no matter the distance. He'd be a combo G/F but he has the size and rebound hunger. At the same time he is pretty decent passer. Long arms that allow him being pretty good stealing balls in the first line pass. He also loves the ball in the clutch time when he increases his effectiveness. Wearing the number #2 in his jersey playing for the bison, last season, in 31 games played during 2017/18 season, scored 18 points or more in 17 games.

We'd say Trevon Bluett has the most beautiful shooting mechanic in the whole country: Perfect arms angle, perfect shooting arch. And he could leave Xavier even before getting graduated but he stayed and completed a huge fourth season for the Musketeers. 3 threes per game last season averaging almost 42% from the arch. He punishes every small room his defender allows. He was a 4 stars recruit in 2014 and Rivals ranked him as the Top34 player in his class.  He is performing great playing the NBA Summer Leagues for the Pelicans of New Orleans scoring 50 points in 2 games. He was not drafted though. If he does not get a spot in an NBA franchise, this would be a great addition for any top european club.

This player represents a very important point: a player needs to match with the coach, and the coach needs to match with the player. Cameron Young, a JuCo product (Arizona Western College) committed to Quinnipiac to play the 2 years of eligibility left. His Junior season, first with the Bobcats, played 8 minutes during the whole season splitted in 6 games. At the end of that season, Quinnipiac hired a new head coach, Baker Dunleavy, and the Senior season for Young was another story as his numbers say. He was great and was honored being selected 2nd All-MAAC, MAAC All Tournament Team Selection, and after scoring 622 points last season, he set a new Quinnipiac single-season record at the Division I level. More confident right now, Young is an All Around Player who drives great, loves to grab the defensive rebound and take the ball to the floor, very sharp, and helping out in all parts of the court. Great scorer and good rebounder for his position and size.

Tremendous lefty honored last season as MAC Player of the Year. Gorgeous jump shot after dribbling, he exploded his game in his only season with the Rockets as he spent his three first years of eligibility playing for Colorado Buffaloes signing mediocre numbers, but in Toledo has been outstanding. Very fast and difficult to stop, he can shoot, he can slash, he can drive, he can rebound and he can pass. He's been a huge surprise in the Mid American Conference and proved he is able to play pros overseas at high level in a short-mid term. Arkansas native would be a great addition in Europe.

After a great season for Seton Hall, Desi Rodriguez made one of the most terrific duos this season playing with Angel Delgado. Very active lefty who can play far from the rim, but also feels confortable playing post moves if his defender is shorter or has not that physicality. Very sharp, always with the basket in his scope, after doing a outstanding season for the Pirates, he shined again in the Portsmouth Invitational Tournament and now he is playing the NBA Summer Leagues with Los Angeles Clippers, again with Angel Delgado as a teammate, but he is struggling. We could see the best Desi Rodriguez version playing in Europe doing what he is a master: creating his own shots, threatening from long distance, finishing driving to the rim, or taking advantage of second options as he always follows his teammates plays.