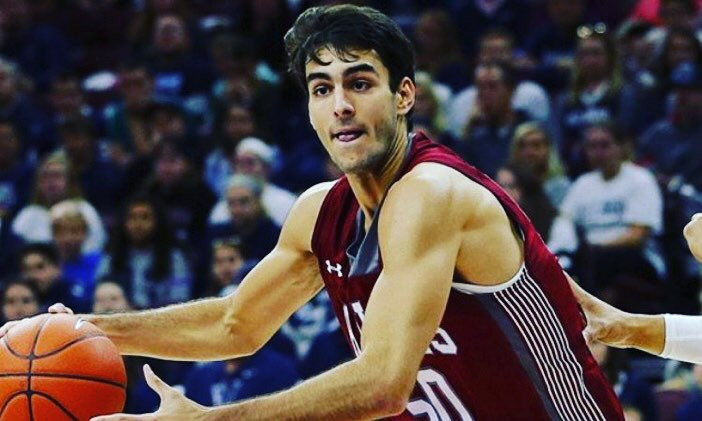 It was a high level game as the Crimson Hawks had just lost one game (9-1) and had won the only game played this season against a Top10 college such as Kutztown last December 4th.

The game looked decided when with less than 7 minutes left, Fairmont St was winning by 13 points (70-67). Nevertheless, last IUP effort made the score closer but still on visitor's advantage because they had the ball in the last possession with 21 seconds left and 3 points up in the scoreboard (73-70).

A bad shot of Fairmont St left 7 seconds to IUP and...what happened afterwards, it's better for you to watch it rather than reading it:

At the end, IUP lost in the overtime 91-81 but they played a huge game and Canary Islands native got his sixth double-double of the season: 17 points, 10 rebounds, 3 assists, 3 steals and 1 block. He es one of the best players in NCAA Div II.