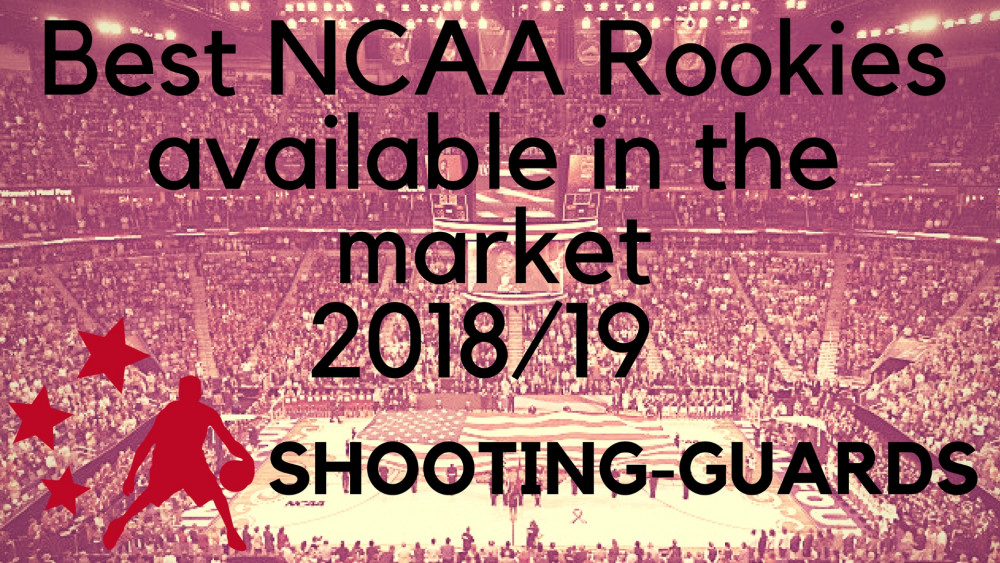 In the first article of this series, we introduced you the best Point-Guards, so now it's time to have a look into the best Shooting-Guards (SGs)  that just finished NCAA and are available in the market.

There are some SGs that already signed their first pro contract. Some of them in Europe:

But still a lot of interesting NCAA Division I Rookies SGs non-drafted in the market. These are the Basketball Player Media Top 5 Shooting-Guard selection:

We already wrote about this player in the Portsmouth Invitational Tournament article as he was one of the most outstanding players there averaging 20,7p 5.7r and 3.3a. He was among a few able to be close to Trae Young in terms of scoring. Actually he finished second best scorer in the Country just after current Atlanta Hawks player. Started college career in Illinois but transferred for his last season in NCAA to play for the Golden Grizzlies, a team that always have outstanding scorers such as 2 seasons ago best scorer in the league, Marcus Keene, who have been playing as a rookie in Italy (2nd Division). Nunn is an outstanding lefty who played great without the ball seeking screens to catch and read. He is playing NBA Summer Leagues with Golden State Warriors, and so far, doing it pretty good.

Classic talented shooter but plenty of skills. We also talked about him in the Portsmouth Invitational Tournament Article  as one of the best scorers of the event. He's improved his numbers every single season in NCAA, mostly in offense where he is a terrific scorer, one of the best in the country. He was undrafted but he is in Minnesota Timberwolves roster for the NBA Summer Leagues. Besides his offensive skills, he is pretty good playing without the ball and high IQ. Perfect match for Europe: excellent shooter, competitive defender, always willing to improve, and a legit clutch player.

One of the members of one of the Cinderellas last March Madness. UMBC was the underdog in the American East Conference and surprised Vermont in the conference final getting the AEC Tittle. But that was not the only miracle they got last season: in the First Round of the Big Dance they swept one of the favorites, Virginia Cavaliers. It was the highest amount of points allowed in a single game by Tony Bennett's team in the whole season, and a gib part of this UMBC win was due to Jairus Lyles as he was terrific scoring 28 points. Absolutely great after dribbling either using a jumpshot or as a slasher using his great body control. Great ball handling and lethal from the three point line averaging close to 40% during his last season in NCAA. But he is not just a scorer, as he is very active rebounding and his high IQ allows him to be always aware where is the best positioned teammate to pass him. He's in Utah Jazz roster for the NBA Summer Leagues.

Atypical lefty shooting guard as we could say about him that he has power forward or even center skills but adapted to the shooting guard position. He is not a shooter (he shot 64 threes in his 4 year collegiate career and 44 of them as a Senior) but he stands out for his physical condition. Always using low bounce, he is a master of the crossover and he feels very confortable close to the rim either facing it, or taking his defender to the post using post moves. Very strong, and that helps him to absorb contact due to his body balance. Great finisher as a slasher and very effective in jumpshots 2-3 meters from the rim. Those physical skills make him a beast of the boards. Great legs and great tempo to grab rebounds. And he is a great defender.

After two great seasons at Central Connecticut State University, he transferred to the Bonnies to play the two seasons of eligibility left. Electric shooting guard, very fast, great first step and one of the best three point shooters in the country. He was in Top25 in three point attempts and averaged 37.2% and more than 3 threes per game. Now playing the NBA Summer Leagues with Utah Jazz, he had a huge Senior season with St. Bonaventure. One of his best skills is his quick shot either catch and shoot, or after dribbling, mostly crossover. Very difficult to stop or block. Top speed that allows him being very good running the fastbreak.